What is the Importance of Ghruta in Ayurveda?

PIOR Living / Ayurveda / Ghruta / What is the Importance of Ghruta in Ayurveda?

But first, you may be wondering:

The term Ghruta originates with the Sanskrit word ghrta, which means ‘clarified lipid,’ or ‘clarified fat.’ In esoteric language, the ‘clarity’ of ghruta actually refers to ‘illumination,’ such as that which can be provided by consuming sustenance from the holy Indian cows.

Many people are quick to use the terms ‘ghee’ and ‘Ghruta’ synonymously, though they are different things. Both are clarified lipids, but Ghruta is prepared differently.

One of the most important differences between Ghruta and ghee is that Ghruta is only prepared from the Indian Gir cows. These are the cows that the Ayurvedics held sacred – and they are quite a bit different from Jersey cows, which much of the world’s ghee is made from.

The Gir cows symbolize illumination and prosperity in Vedic Astrology in part due to the large humps on their backs.

A creature’s back is said to reflect its connection to Sun and source energy; these humped creatures are believed to possess a powerful connection with the sun. They are capable of harnessing this illumined energy and passing it on to humans in the form of milk.

Ghruta is one of the most prominent and important substances throughout Ayurvedic medicine.

For one, it’s the most widely-used substance for the preparation of Ayurvedic medicine. It possesses incredible ability to help draw the medicinal properties of herbs deeper into the body and can contribute its own healing properties to herbal preparations.

One of its most powerful effects is enhancing the body’s agni. Agni is often referred to as the digestive fire. It’s involved in metabolizing all substances that come into the body – not just nutrients from food, but prana from the air we breathe and the sunlight that we absorb.

Those with strong agni are able to assimilate more life force and prana, ensuring good health and vitality.

Other Uses for Ghruta

Ghruta has a number of other important uses:

Ghruta is one of the most powerful and versatile substances in Ayurvedic medicine. Its ability to assimilate herbal concoctions and heal the body is surpassed by very few other substances. 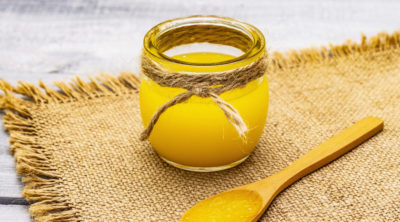 Is Ghruta an Anti-Aging Functional Food? 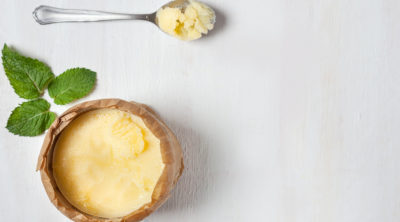 How to use Ghruta in all Seasons 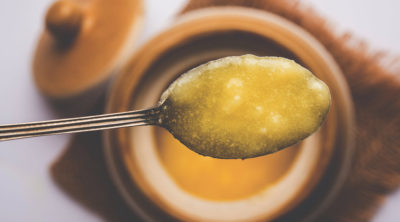 How and When Should Ghruta be Consumed?