Shatavari Root – She Who Possesses 100 Husbands

Shatavari is a perennial growing 1-2 m or 3-7 feet with straight and curved spikes and white flowers and roots.

Shatavari root is one of the more powerful herbs in Ayurvedic medicine and has been used for thousands of years. Shatavari functions as an adaptogen, meaning it can help the body improve its resistance to stress. It can also help to build general strength and enhance well-being.

The following is a list of some of the major Shatavari root benefits.

Shatavari is an adaptogen, which generally helps fertility. It is most commonly used in Ayurveda to help provide a boost to the female reproductive system and to help combat symptoms of reproductive disorders. Shatavari can also be useful for helping to fight off symptoms of menopause.

Shatavari is a rich source of antioxidants and can be considered effective for helping to fight oxidative damage in the body.

One of the more common traditional uses for shatavari is helping to ward off anxieties and depression, and balancing stress. While scientific studies in the area are lax in this regard, positive responses have been reported by thousands of people.

Other reports of Shavatari benefits include helping to manage heartburn, digestive issues, UTIs, and immune response.

Usage and Dosage of Shatavari Root

Shatavari root is one of the most commonly used parts of shatavari, though the leaves are also used quite often in Ayurveda. Both the leaves and roots can be found in powder form, capsules, or some sort of liquid extract, like a tincture.

In Ayurveda, the most commonly prescribed form is the powder. This is because, when using powder, the herb itself comes into contact with your taste buds. Tasting a herb is the first step in the digestive process.

Shatavari powder is most commonly mixed with a glass of milk. Those who are not partial to the flavor could mix it with a bit of honey or ghee, both of which will help to carry the beneficial effects of the herb further into your body. You can also take the Ayurvedic tonic, Chyawanprash, which contains Shatavari root. 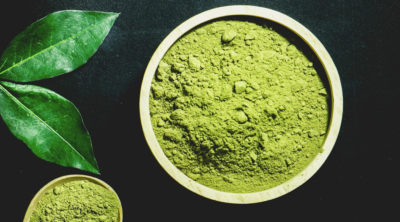 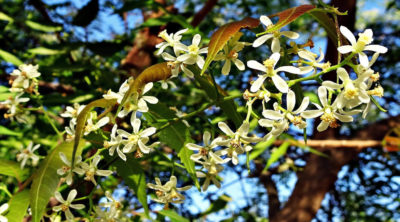