Waking With The Sun During Seasonal Changes

A critical element of Ayurveda is the set of routines and rituals that create a daily discipline for the body and mind, and which together allow you to set each day on the right path. Such rituals set balance and clean the body and the mind by aligning with the energy and rhythm of the sun and moon.

Awakening with (or some time before) the rising sun (so long as it is before 6am) helps you take advantage of Vata time, since at 6am, Kapha, which is the energy of earth and water, becomes dominant. Allowing yourself to awake during Kapha time (i.e. after 6am) leads to a heaviness of spirit and sluggishness, despite the additional sleep time that it may offer.

For many, the goal is to awake around a half hour before the sun rises to allow for cleansing rituals and early morning activities and meditation so that you can welcome the sun in a mindful and fully engaged spirit. Hope, peace and inspiration manifest during these routines, and it is considered optimal for for attaining “bhram gyan” (meditation and self analysis), supreme knowledge and eternal happiness, since your surrounds are usually calm and the mind and body are fresh from sleep.

A challenge for those committed to a life guided by Ayurvedic principles is the creation of such rituals around the changing of the seasons or varying geographic locations, which dictates the time of sunrise. In summer, the days are longer with more sunlight and in winter, the days become shorter with darkness prevailing. Those that live closer to equatorial zones have the benefit of experiencing sunrise at times that vary little through the year, while those that reside at further extremes of latitude may see winter sunrise as late as 7:30am and as early as 5am in the summer.

So what time should you wake? While it’s important to be mindful of vata and kapha times of day, it’s also important to listen to the seasons. You may want to gently push your wake time later or earlier in order to get the rest you need and align with the rhythms of the seasons, sun and moon.

By connecting your body’s clocks with the natural flows of nature’s cycles, you’ll get closer to a life of balance, vitality and harmony. 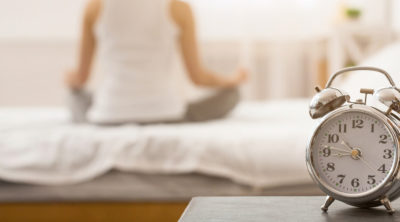 The Art of Cultivating a Routine 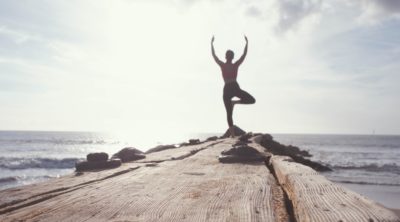