A lot of people around the world have chosen to dwell in large cities, and even inner cities. We are inherently pack animals and tend to gravitate toward other beings and living in community. Many of us need space and solo time galore, however, we always end up returning to the flock with renewed energy and vitality.

I’m one of those people that made a conscious choice to live in a huge city. It would be easier for me to be around my tribe of chosen family, connect to work opportunities, offer my child top notch education, spread my creativity among the intended demographic and perhaps even create some mischief easier, as the social lifestyle I tend to gravitate towards is easier to access in a city.

Turned out, living in a city can be very stressful, and give you premature grey hair. One can argue that this is related to hormones or heritage, but honestly, city life stresses me out sometimes. So I embarked upon a yogic lifestyle many moons ago, as a follow up chapter to a path I was walking as a child.

In this new chapter in my book of life, I quickly discovered that it was sometimes easy to embody being a yogi, and other times my ego kicked up dust like a tornado when things weren’t flowing smoothly. The city and its inhabitants would push my buttons like nothing else, and it was as if I hadn’t studied a single word of yogic literature or sacred lifestyles.

How could someone preaching the path of peace be so upset by people cutting her off in traffic? How could I eat healthy products, but be unhealthy in my mind sometimes?

It all boiled down to the principle and alchemy of embodiment and of truly becoming the yogi, rather than doing the movements, or simply subscribing to the right magazine.

Every yogi has to start somewhere, and apparently I made the choice to start in one of the toughest cities on the planet: Los Angeles. It wasn’t enough that I had lived on two different continents already, but somehow I also had to experience life hardcore on this side of the pond.

With that internal realization, I set out to become what I was good at saying I was, and what I was studying. I slowed down. When the man behind the wheel would flip me off, I’d see myself in him and find compassion rather than fight back. When I would be late for my yoga class because I was terrible at time management, I would forgive myself as quickly as I’d forgive my friends.

Slowly, day by day, the city became my guru. The city became by biggest teacher on how to truly embody the principles that I had studied and thought I had nailed down to a science. The journey wasn’t always easy, and it’s far from over (hopefully), but there is a level of graciousness one can achieve by simply admitting when the ego is running the show. Realizing that when we know so much, we are simply scratching the surface of what is to come into our psyche and then eventually being embodied physically.

This doesn’t eliminate reactive energy or the need or want to actually react in the moment, but it does provide cushioning and dampens the ego sufficiently until the soul can speak first.

With the physical aspect being rooted eventually, and not easily swayed by actions and reactions, the true yogi starts shining through on an ongoing basis. There is a type of flow with this ongoing shine-through, as this rooted embodiment becomes one with our identity within the world. No matter what comes at us, we can navigate in a much more flow-like state.

One can of course argue that everyone is a true yogi, at every stage, and that could very well be the truth. However, for the sake of making my point, I have chosen to use words such as “true”. When one becomes truth, there is no dust in the mind. The guy with the red face, hollering angry words through the car window, now simply looks like an ill person to me, and ill people can’t kick up dust in your psyche. Unless you allow them. As much as this is a certain level of judgement, it is also my truth that I do not show up the way he does in his life. So I chose the label “ill”, as to serve my soul to not fall into that pattern. And as one of us breaks the cycle, someone else will follow eventually.

To me, somewhere in my subconscious, I felt not true to my innate yogic nature when I gave away my power to some stranger due to traffic. I felt “off”, because deep inside I knew someone had to break cycles. Throughout years of being curious, learning and growing into a practicing yogi, I simultaneously learned that the city teaches you deep self respect, boundaries and how to not be a doormat. The weirdest part: that somewhere deep inside, I also had an angry person pop her head up at times. There is nothing wrong with anger; it serves its purpose and is a very powerful change agent. However, misplaced and misdirected anger is obviously toxic.

Through self analysis and application toward the holistic aspect of becoming what you read/eat/breathe/speak/etc., you are embodied and can navigate life in the city much more smoothly.

The different characters and representations of people outside of my psyche, are inherently within my psyche, so as I move to integrate and accept the angry guy as a part of my makeup, compassion moves into my system.

In essence, embodiment is pretty much all that matters. Everything else is secondary to that. How you walk in the city as a yogi is what matters, not how you speak about it.

And onto the next chapter I go, while embodying this one continuously… 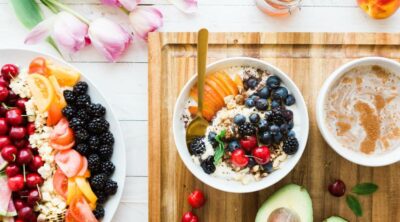 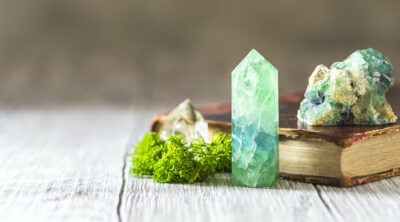 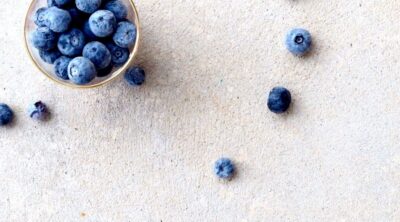 What Is A Sattvic Diet?

Are you looking to add a little pep to your step? Maybe you hit a wall in the afternoon … END_OF_DOCUMENT_TOKEN_TO_BE_REPLACED

In Ayurveda, fire is the element of transformation. Just as fire turns bread into toast, … END_OF_DOCUMENT_TOKEN_TO_BE_REPLACED

Something is missing from mainstream health and wellness messages.  Often, we see a lot of … END_OF_DOCUMENT_TOKEN_TO_BE_REPLACED