What’s the deal with Chyawanprash?

Ha! Yes, it is a mouthful. But gosh do we get a mouth full of elixir when we use it. Chyawanprash is called the elixir of life in Ayurveda. It is a complex concoction of medicinal herbs, honey, and ghee. It has the power to rejuvenate the entire body, as well as taking on the quiet claim that it can lengthen the span of someone’s life…

Ha! Yes, it is a mouthful. But gosh do we get a mouth full of elixir when we use it. The Chyawanprash rasayana is called the elixir of life in Ayurveda. It is a complex concoction of medicinal herbs, honey, and ghee. It has the power to rejuvenate the entire body, as well as taking on the quiet claim that it can lengthen the span of someone’s life… It is a sweet, sour, and deeply pungent jam, and is taken by the teaspoon with milk or water, ideally first thing in the morning to set yourself up for the day.

There are six tastes or rasa in Ayurveda and these are the tastes on your tongue as you first eat the food. Each is associated with a different mixture of elements and therefore dosha. Chyawanprash has ALL SIX, which means it is balancing for ALL the doshas – this is rare as it is hard to find one size fits all in Ayurveda.

But What Can It Do For Me?

There is no carelessness in Ayurveda. The qualities and constituents of every type of herb, medicinal combination, food, environment, time of day and year is considered. Chyawanprash is a profound example of this.  This exquisite blend of herbs creates a nectar that is way more than the sum of its parts. It is anti-aging, it clears the chest (even bronchitis, coughs, infection and breathing difficulties), builds strength in the heart, and stimulates the digestive system. It aids the formation of each level of tissue, up to the most complex of all: the reproductive system. The tissues of our body are constantly procreating with whatever material they are fed on – and if we take this elixir as a base, the healthiest tissues can be built.

This is the ultimate rasayana (rejuvenative therapy): strengthening the sensory organs, building the immune system up, clearing the complexion, and stimulating the digestive system. It helps give our mind and body energy, stamina and alertness.

One of the earliest documented recipes for the Chyawanprash rasayana appears in Caraka Samhita (written around the 2nd Century AD), where it lists the ingredients to be used used in its making, with the largest constituent being amalaki (emblica officinalis). Amalaki is said to be the fruit of immortality, with one of the highest concentrations of vitamin C in any foodstuffs known to man (it is also inherently infused with tannins, which stabilise the vitamin C when the fruits are processed).

The ancient book of hymns, and one of the four Vedas – the ultimate texts of Hinduism – the Rig Veda, tells the tale of the great Sage Chyawana. From whence this medicine got its name! He was said to be the prototype of a man with the ability to rejuvenate himself: managing to re-attain his youth and sight after having lost them both. The legend of Sage Chyawana is one of penance and rejuvenation; chyawanprash is the reward after a life of atonement, as Caraka Samhita states:

“by the use of this medicine, Chywana, who had become exceedingly old became young once again” 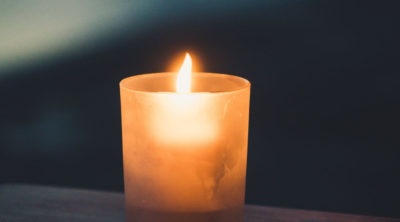 How Is Inflammation Viewed from an Ayurvedic Perspective? 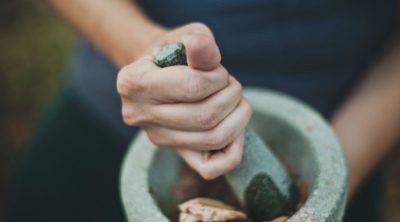 What is the Best Ayurvedic Medicine for the Lungs?

What is a Good Natural Spice for Reducing Blood Pressure?