Why We Should Cleanse Our Bodies Between Seasons

PIOR Living / Ayurveda / Why We Should Cleanse Our Bodies Between Seasons

Ayurveda looks at the whole picture. It is a philosophy and an art, as well as a science. Imagine a tree’s cycle through the year: the way it buds in spring, bringing forth new life. It then flowers, and fruits as the summer appears with its sharp, bright and penetrating qualities. Then autumn arrives with its winds and cooler air. The leaves change colour, dry up and eventually fall off, scattering themselves so we have to sweep them up. Finally winter comes and its piercing cold can become dull and unctuous, earthy and damp.

I could be talking about the doshas here, right? Well you wouldn’t be far off.

Each season has a dosha ruling it, with their elements and qualities behind them. The summer time is mostly pitta dosha, meaning it is hot and sharp; the sun is at its height and over head. Autumn or fall is dry and erratic, windy and cooler (like vata dosha) while late winter and spring is moist and heavy (like kapha).

The intersections between the seasons are the moment we have to get ‘habituated’ (as Vagbhata puts it) with that which is incoming, while letting go of that which has been. The best way of doing this is through a cleanse. We clear out, so we don’t build up. We make room for the good energy that could be coming, rather than becoming dis-eased by holding on to what’s already been.

Without going into too much detail, each dosha has a number of seats and very particular actions therein. But when they get aggravated, i.e. there is over-accumulation (as can happen after a long, hot, stressful summer turning into the different atmospheric pressures of a chilly windy autumn), they get out of balance and start spilling over. This moving out of their seat is the third stage of the six stages of disease that Ayurveda describes. We want to stop it here, and not let the disease process go any further.

Clearing out the channels…

Ayurveda also emphasizes the importance of clear channels and subtle pathways of the mind and body.  We want our food to give us nourishment (not blockages, constipation and toxicity), and our thoughts to give us hope and happiness (not stress, worry, and sadness). But if we have build up, spill over, AND have blockages – then we are left in a troublesome body / mind / spirit situation.

SO THIS IS WHY WE CLEANSE! We want to clear the channels, get rid of build up, stop accumulation, aggravation and spreading in its tracks, and get ready for the new season.

Spring and autumn are opportunities for renewal, a fresh start! So let’s treat it like that. Let’s get those channels clear and bright and ready for what is to come.

We also want our bodies, minds and immunities to be clear to do their actual jobs, and not be fighting with our laziness and leftovers from the season before.

The rhythms of life

Ayurveda wants to teach us about the rhythms of life. The ebbs and flows of our environments, both inner and outer. It wants to point us in the direction of being able to gracefully segue from one moment to the next in response to all that we meet. My teacher once told me that Ayurveda and spirituality, at their very core, were about how deftly we are able to respond to any given moment. How we go with it rather than fighting it. That we don’t build up aversion or clinging towards events, leaving traces of them in our systems. It is, he said about responding, not having to react.

So this is it, we want to be in flow, with the energy to respond, not merely the impulse to be reactive.

Learn how to cleanse with this Guide to Ayurvedic Cleansing. 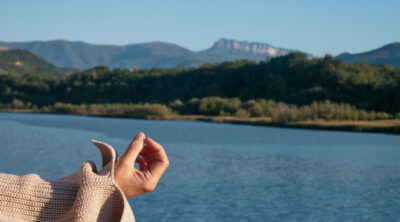 I’ve had Granuloma Annulare lesions on my hands for 6 years. While I was pregnant it completely cleared up, but now my son is 9 months old and it’s reappearing. Could you give me insight into what is causing it and how I can help it? 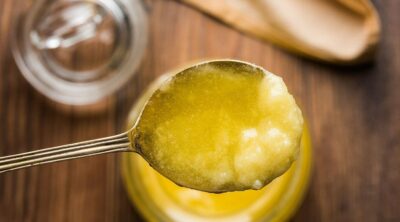 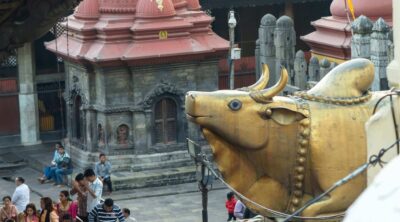 The Holy Cow and Spirit of Ghruta

Did you know that there are over 3,000 different types of teas in the world? And yet, … END_OF_DOCUMENT_TOKEN_TO_BE_REPLACED

Adaptogens are a classification of herbs that are becoming increasingly popular. These … END_OF_DOCUMENT_TOKEN_TO_BE_REPLACED

The Spring Equinox is the start of a new cycle. In the Northern hemisphere, the equinox … END_OF_DOCUMENT_TOKEN_TO_BE_REPLACED